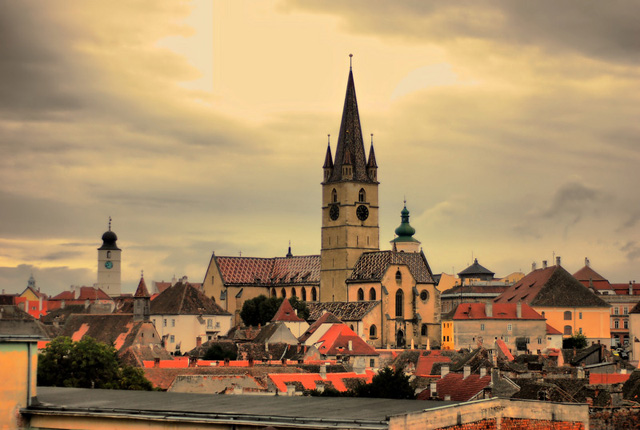 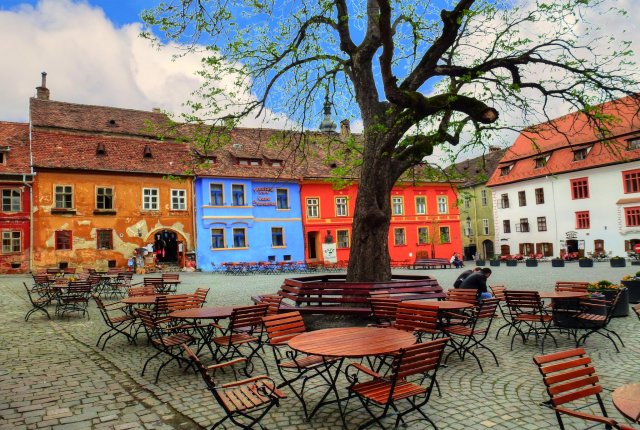 After breakfast, an extensive tour of the city will follow during which you will visit Sofia's main landmarks including the Alexander Nevsky Cathedral, Holy Sophia Church, The Russian Church of St. Nicholas the Miracle Maker, St. George's Rotunda, St. Nedelya Church, the Presidential Office Building, Parliament

Square, the Ivan Vazov National Theatre, Borisova Gardens and the National Palace of Culture. Departure for the Rila Monastery - the most famous and fascinating monastery in Bulgaria, under the UNESCO protection. The entire complex is quite impressive for its size. The 4-floor residential part consists of no less than 300 monks’ cells, 4 chapels, an abbot’s room, a kitchen, a library and guestrooms for donors. The kitchen is particularly interesting for its really huge cooking vessels. The exterior of the monastery is no less intriguing for its high and severe stone walls (reaching 4 floors and even more at some places) cut through by small windows – reminding of a military fort rather than a monastery. Once in the complex, it is worth visiting the monastery’s museum, which hosts a unique work of art, namely The Raphael’s Cross. The cross is made of a whole piece of wood (81cm x 43cm) and is named after its creator. Return back to Sofia for the overnight.

Drive to Plovdiv and tour of the Old Town. The city lies on seven hills which are noticeable from quite a distance. The hills, as well as the old town of Plovdiv bring specific color and atmosphere to the town and shape up its unique view and nature. A contemporary of Troy and having survived Mycenae, Plovdiv is a city upon layers of cities and an epoch upon layers of epochs. Plovdiv is all in one: a Thracian and classical Greek polis, the pride of Philip of Macedonia, the capital of Thrace under the Roman Empire, a centre of Byzantinism, a stronghold of the Bulgarians, a dream of the crusaders - a magnificent, wealth and most important city. The most interesting landmark is The Old Town of Plovdiv Architecture Reserve which covers the Three-hill area. It is the original location of the town and almost all of the most interesting history-related sights are within it: cult, residential and public housings, archaeological monuments and museums, narrow cobble-paved streets. Accommodation and overnight in Plovdiv.

Drive to Kazanlak where you will take in the sights of the Museum of Roses and the Thracian tombs. Shipka is home to the Memorial Church, a tribute to the soldiers who died during the country's liberation from Ottoman rule, and some of the most spectacular views of the surrounding mountain range. Continue with a stop in Etara open air museum commemorates the arts and crafts traditions of the region and you can get a real sense of the skill and passion of the craftsmen here. In the afternoon arrival in the medieval capital of Bulgaria, Veliko Tarnovo, and the fortress of Tsarevets - symbolic of the reign of the Second Bulgarian Empire. The town is steeped in regality as the former home of several Bulgarian Emperors with its palaces, marketplace and patriarchal cathedral among the points of interest.

After breakfast drive to the border town of Ruse. On the way stop to visit the rock-hewn churches in Ivanovo, part of the UNESCO world heritage. Walking tour of the town of Ruse, called the ‘Little Vienna’. Change the transport and meeting with the Romanian escort guide/driver. Arrival and accommodation at the hotel in Poiana Brasov.

Short walking tour in Brasov. Departure for Bran to visit “Dracula’s Castle” which real name is Bran Castle. The Fortress had an essential role in protecting the Hungarian king from the Ottomans and Tartars' invasion, coming from Wallachia through Rucar Pass. That's the reason why the inhabitants of Brasov built the Castle on their own work and expenses.The tour continue with visit of the fabulous Peles Castle. This is one of the best-preserved royal palaces in Europe. It served as the summer residence of the first Hohenzollern king of Romania, Carol I. Built in the latter half of the 19th century, it was the king's attempt to imitate the styles of his former homeland, creating a Bavarian setting in the mountains of Romania. The palace is decorated, inside and out, with intricate wood carvings and paintings of scenes form Wagner operas. Visit the Sinaia Monastery, founded by Prince Mihai Cantacuzino in 1695 and named after the great Sinai Monastery on Mount Sinai. It was supposed to serve as a Monastery as well as a fortified stronghold on the way from Brasov to Bucharest. As of 2005 it is inhabited by 13 Christian Orthodox monks led by hegumen Macarie Bogus. Continue to Bucharest for the overnight.

Known for its wide, tree-lined boulevards, glorious Belle Époque buildings and a reputation for the high life (which in the 1900s earned its nickname of "Little Paris"), Bucharest is Romania's largest city and capita and a bustling metropolis. Remodeled in the late 19th century by French and French-trained architects, the city features large neoclassical buildings, fashionable parks, and even its very own Arc de Triomphe on the elegant Soseaua Kiseleff, an avenue longer than the famed Champs-Elysees and home to the city's mansion district. The full day tour includes: Walk through the old city centre with the Royal Court, Royal Court Church, Stavropoleos Church, the Parliament Palace, the Village Museum. Lunch.

Dinner with folklore performance and overnight.