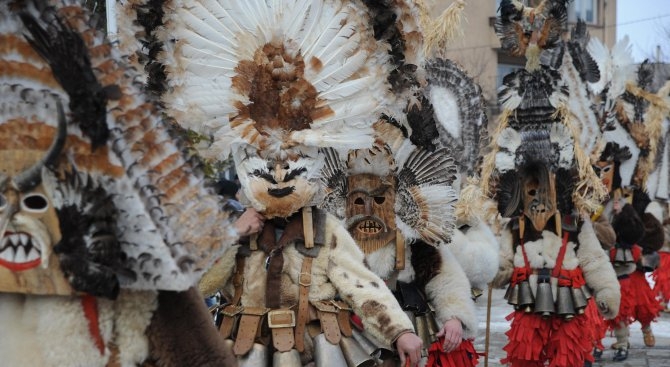 Following advice from health authorities, the annual Surva Festival in Bulgaria’s Pernik has been cancelled because of the water crisis in the town.

This is the first time that festival, first held in 1966 and which in 2020 was scheduled to be held from January 24 to 26, has been cancelled.

Customarily held in the second half of January, the festival attracts mummer groups from throughout Bulgaria and other parts of the world, as well as large numbers of visitors to the festival, a lucrative two-day boost to Pernik’s entertainment, hospitality and souvenir trade.

According to the festival’s website, on average, about 6000 people or about 100 groups from every folklore region of Bulgaria, as well as companies from Europe, Asia, and Africa take part in the contest. In June 2009 Pernik was proclaimed as the European Capital of Survas and Mummers.

On January 7, Pernik mayor Stanislav Vladimirov said that the festival would not be held in 2020.

Vladimirov made the announcement a day after Health Minister Kiril Ananiev and Chief State Health Inspector Associate Professor Angel Kunchev visited the town, and warned that the water shortage raised the risk of the spread of diseases. The Regional Health Inspectorate also was strongly opposed to the festival going ahead, Bulgarian National Television reported.

The risk to human health was considerable, so the difficult decision had to be made to cancel the festival, the mayor said.

Pernik has been subject to water restrictions for several weeks, which more than once have been tightened further, reducing the hours of the day that residents of the town receive water.

The restrictions have been the subject of protests, calling for the resignations of Cabinet ministers. The government has moved to provide funding for alternative infrastructure to supply water to the town, but it remains unclear when the crisis will be resolved.

The opposition Bulgarian Socialist Party has said that on January 20, after the end of the National Assembly’s current recess, it will table a motion of no confidence in Prime Minister Boiko Borissov’s Cabinet on the grounds of the government’s environment and water policy.