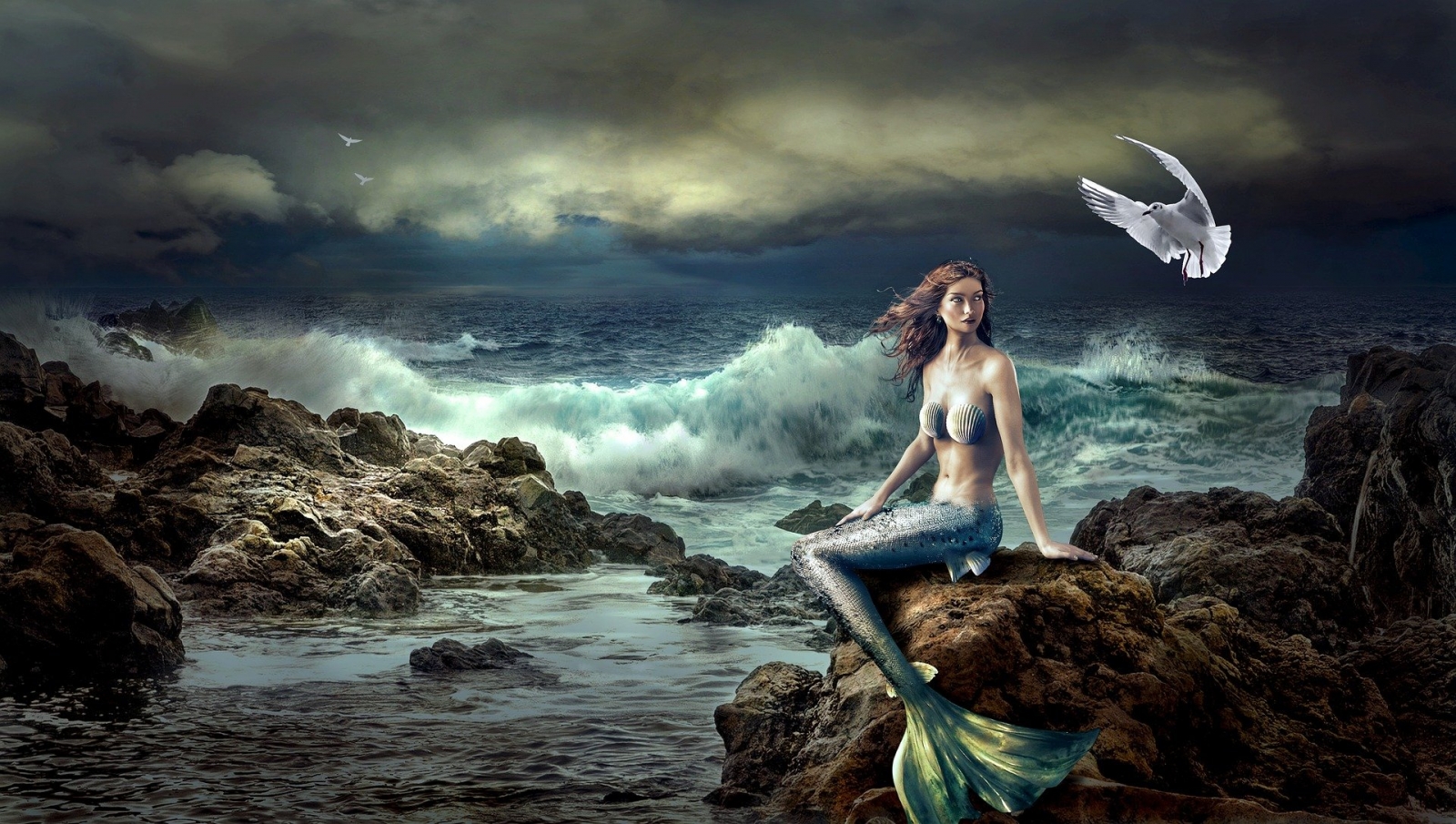 Female mythical creatures you may not have heard of

There are many legends about strange creatures in the Bulgarian lands - some of them good, others not so much. These are supernatural beings who, according to the ancient Bulgarians and Slavs, inhabited the world. They are related to various superstitions and why people are afraid of them, as they are afraid of beasts and diseases. Let us introduce you to some such strange female creatures.

We start with undoubtedly the most popular female creatures in Bulgarian mythology. These are beautiful female forest spirits with a human appearance, which you better not meet. It is believed that these spirits gathers every night on the same meadow in the most remote dense forests. There they dance all night their magic dance, dressed in long white dresses with green belts. In this way, it is believed that they pay homage to the gods.

Legend has it that these beautiful ladies barely touch the ground and their footsteps of magical herbs spread a strong healing scent. Sick people, who gathered enough courage, spent the night near such meadows. The fairies treat them especially favorably.

But what is the problem with these spirits?! They are usually quite bad at people. It is believed that handsome young men should not look them in the eye, because otherwise the fairies will obsess over them. After meeting them, men's lives turn upside down, so much so that they even abandon their families or the samodiva kills the wife of the chosen man.

Beautiful forest spirits with human appearance, but they also have wings. They inhabit coniferous high mountain forests, where each of them takes care of a forest animal, tree, flower, bush or mountain stream. The characteristic of villas is that they jealously protect the animals or plants they care for from people.

Interesting things about villas is that they have a great knowledge of nature and herbs. Therefore, if a person manages to get closer to the places where they gather after sunset, he will be able to learn how to heal with certain plants. Other information you would get is about the location of the hidden treasure and other secrets of the world.

A pair of Slavic female spirits (a girl and an old woman) who inhabit the shores of rivers and lakes. They are depicted as creatures with a female torso and legs, tail and wings of a bird of prey. The Slavs believed that two spiritual forces ruled the world - the evil Upir and the benevolent Bregini. Upir created all evil and all misery in the world. However, the bregini brought good and happiness.

In Slavic mythology, the bregini guards the mothers during birth and protected the babies from evil spirits who tried to steal them. However, with the development of the Slavic religion, the bregini changed radically and became evil spirits that kidnapped children.

Good and bad domestic female spirit of the Slavic faith. If the housewife takes diligent care of her home, the kikimora will help her as she does all night the housework for the next day. But if the hostess is immoral and lazy, the kikimora becomes bad - she will pull the children's hair, wake them in the middle of the night and scare them, do mischief, and scatter the dirt.

The image of the kikimora originally emerged as the personification of the spirit of the name of the older housewife of the same house.

A cruel meadow spirit with the appearance of a beautiful young woman wearing a pure white linen dress. We should note that in the Slavic world, white clothing was a symbol of mourning. The poludnitsa only occurs at noon, in the middle of the day - a time that is considered dangerous and unfavorable, like midnight. These two moments of the day and night are called "crucifixion hours" and people stay at home so that something bad does not happen to them, so that evil forces like poludnitsa and her cousin - polunoshtnitsa - do not meet.

An evil female spirit with the appearance of an old woman in a pure white dress. It travels from midnight until sunrise, when all evil forces come out and the roads lead in the wrong direction. Therefore, midnight people often stand at crossroads and if they meet a person, they do all sorts of evil things to him.

Nowadays, these female water spirits, found on the banks of rivers and seas, are very popular around the world. Their image originates from Slavic culture, where they were associated with the cult of the deity of fertility. The ancient Slavs believed that rivers, lakes and seas, as well as their shores, were under the protection of local mermaids.

Like the samodiva, mermaids are also described as beautiful women, but also very vindictive and bad. In most legends, mermaids are forever young with long green hair, and when they break their hair, they cause floods. If their skin dries out, the mermaids die. The souls of killed and thrown into a river girls turn into mermaids.